When you go into a restaurant, you taste a delicious meal, and you want to know what are the spices that created such flavour, you usually ask the chef what type of salt he used. Now, his answer might be: “I just put cooking salt.” From that moment on, you wonder what is the difference between the salt that is always on your restaurant table, and the one he used for cooking the meal… Just to clarify one thing first – any type of salt is considered cooking salt, but the most common type for cooking is called sea salt!

This rivalry between sea salt and table salt began over a hundred years ago, when the latter was discovered in some mines in China. Before that, humankind only used sea salt for preserving foods and as some kind of currency. Over the years, this war has had many battles, like when table salt was cheaper to produce and therefore was cheaper to buy, but sea salt responded with the belief that it was better for your health, keeping this war alive until today.

Now, we’ll go over those doubts that arise in this war, like the origins of salt, along with the major differences between table salt and sea salt, and ending with a guide on which salt is better for your health. Stick around!

Salt first appears in our history in prehistoric times as one of the oldest chemical practices in human history. With the main function of taking all the water from ingredients, retarding their decomposition, salt provided his first job as a kind of refrigerator that humans could use. So, after managing how to use salt to conservation, humans no longer needed to search for new foods, every place they went, as they could stay more time in a single place, proving that salt played an important role in the agricultural movement.

Not only that, but salt also played a big role in society! To illustrate this influence, the origin name for “salary” came from “salarium” which means “salt” in the Latin language – referring to the time when it was used as a currency.

It is a little bit obvious, but sea salt is nothing more than the salt that is produced naturally from sea waters. The production process begins when the water of the ocean, salt lakes, and underground pools is evaporated by the Sun or by any other mechanical device which can produce light and heat, leaving behind the salt. After that, manufacturers work it through a simple process, and turn it into a fine crystal making it easy for cooking.

A fun fact is that the different types of sea salt depend on the place they came from. That’s because each lake or sea contains some specific minerals and when the process of evaporation is made, those minerals end up staying in the salt, adding flavour, colour and texture to it.

The salt that is always on your lunch table comes from a more industrialized process and it is a result of the evaporation of ancient oceans, millions of years ago. They started by digging and mining other minerals and happened to find underground evaporated oceans, who nowadays, have become salt deposits. After that, they start a difficult process to eliminate some of the other minerals that came together with this underground salt, but still let some who are harmless to us, so that in the end, the salt has a fine texture, perfect to mix with foods, and dissolving quicker than the other types of salt.

We have always heard that too much salt is bad for our health. But, why? Simple! Because salt is nothing more than a chemical mixture of chloride and sodium. It’s actually the chloride who gives food the “salty” taste, and the sodium is responsible for your health because it regulates your body fluids inside your nerves and muscles. Imagine, if you eat too much salt, your body fluids will skyrocket, raising your blood pressure inside your veins, and increasing the risk of stroke. The solution is not that straightforward, as to just cutting all the salt from your diet. For people who are consuming too little sodium, the problems can be worse than for the people who pass the limit of daily ingestion of sodium, unbalancing the fluids.

For a healthy consumption of salt, you always need to find balance! Not too much and not too less. Doctors recommend that adults should eat no more than 1 teaspoon of salt, per day – not mattering the type of salt, because both types contain the same amount of sodium.

As we’ve mentioned previously, salt played a big role in the progression of mankind until today, where we find it in every food. The overall aspect and use of both types of salt depend on your preference, although the consumer balance is the key for a healthy life. Basically, the differences between them are regarding the taste, texture, and processing. So, choose the one you like the most and I hope you enjoyed the reading! 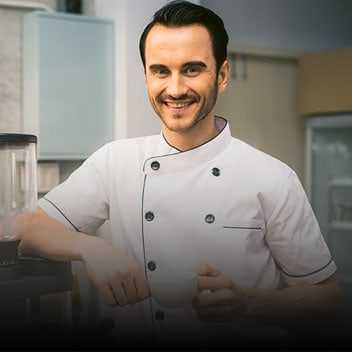